by Grace Chen
Community college graduation rates may appear to be in dire straits, but what are the real numbers? Could it be that the “successful” students who transfer to four-year universities are considered community college “drop outs” statistically?
Throughout his administration, President Obama has shined a major spotlight on America’s college graduation rates, and community colleges are feeling the pressure. According to the Hechinger Report, fewer than one out of five students at community colleges obtain their desired degree in three years or less. A recent study published by the American Institutes for Research (AIR) paints a similarly grim picture by indicating that high college dropout rates cost both state and federal governments billions of dollars each year. However, do these numbers really paint an accurate picture of what is happening in community colleges and four-year institutions across the country? This article will explore the many reasons for high dropout rates, including flaws in the manner in which such data is collected.
What the Numbers Show 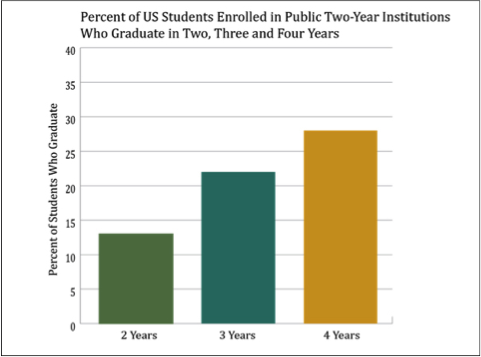